Struggling to Gain Control Over Your Finances? Here are 8 Expenses You Should Adjust 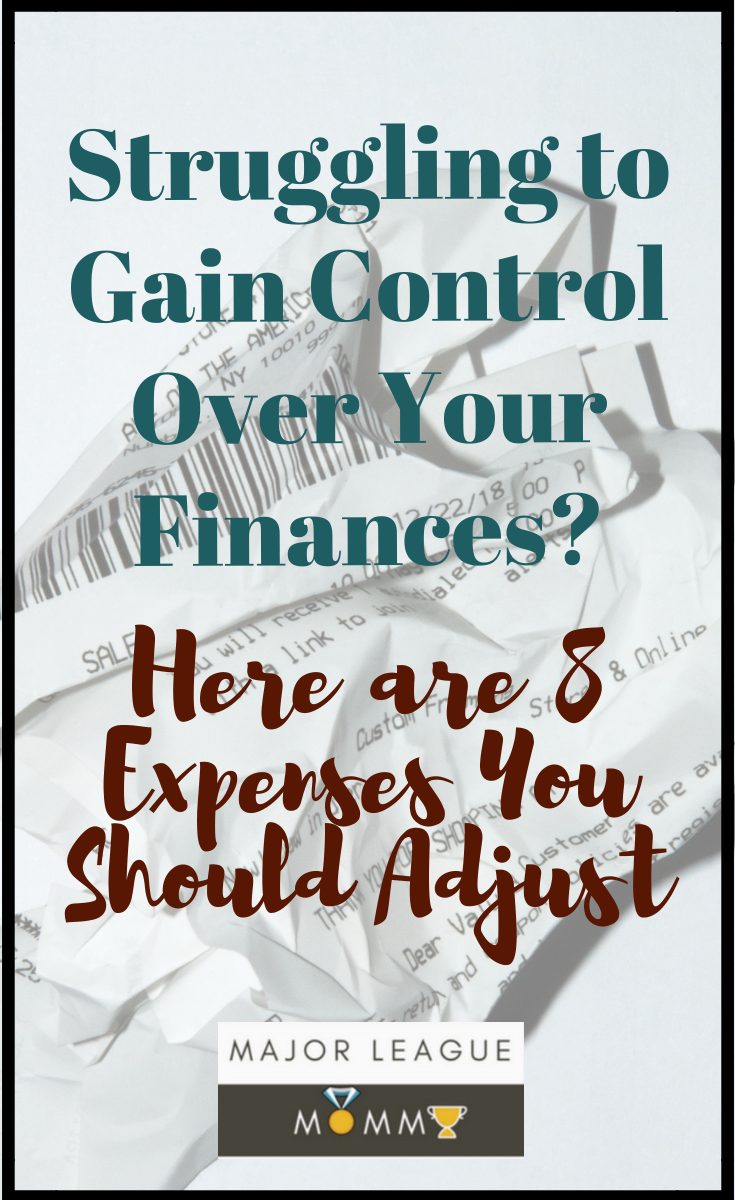 When you’re busy working hard in life, then it is really important to make sure that you are using your money in the right way and spending it wisely. There are far too many of us that aren’t saving money or aren’t saving enough, and lack of disposable income is often the reason. So while there are some people who really don’t make enough money to have any to spare, there are still many of us that could save more but we simply don’t. One problem could be that spending is just taking over, and you aren’t budgeting in the right way. 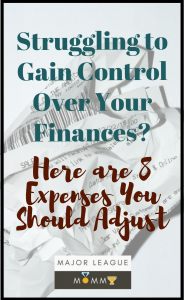 We can all be guilty of wasting some money sometimes. We can go overboard on the holidays or splash out on vacations. But when you sit down and really think about it, you might be surprised to see that a lot of the costs that add up are the small things that happen on a regular basis. Over time, these small amounts each month can really make a difference. But what are some of the costs that we are looking at? Here are some of the everyday costs that can add up, that so many of us overlook. When you take steps to get them under control, then it can mean quite a bit leftover to save. 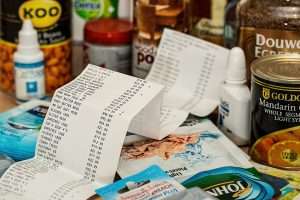 Most households have credit cards. But not all households have credit card debt that they can’t, or don’t, pay off in full. But if you are one of the households with credit card debt that is leftover each month, then the interest that you have to pay is so high and it will just add up and add up. One of the only solutions that is going to make a difference is to become debt-free and to clear that debt, and not pay any interest. Just think about the amount of money that you’ll be able to save by not having to pay interest each month.

To start with, you could look to use a balance transfer or a personal loan to help to reduce the interest that you need to pay off each month. When budgeting appropriately, then you can make sure that costs can be covered, as and when, so that you don’t end up worse off. If you have quite an excessive amount of credit card debt, then it could be worth getting a second job, or a side-hustle from home, to help you to clear the debt quicker. Just make sure that you’re strict with the money and use it for debt, rather than finding other things that you want to buy.

There will be a variety of different things that you will look to have insurance for. A busy household will need home insurance, health insurance, car insurance and so on, not to mention things like travel insurance or even pet insurance. But you can be overpaying for things that you don’t need. You could be overpaying for extensive cover that you won’t ever make the most of, or you could be paying too little, to find out that you don’t have the coverage that you need, which will end up costing you more in the long-run. So do your research and take your time to find the best insurance broker for you and for what will make a difference. You can waste money on insurance, and that could be money that could be saved for something else if you don’t need to be spending it.

Paying property taxes is one of those things that is inevitable in life, but it can be a pretty expensive necessity. But there are many homeowners that are overpay. You don’t need to pay more than you need, as that can be a lot of money that can add up and be used in other ways. Taxes for our home are more often than not based on local tax rates, as well as being assessed on the value of your home. But assessing homes isn’t something that is always precise, and as a result, some homes can be overassessed and you could be paying more than you should be. If your home is one of the ones that has been overvalued, then it will mean you are paying too much. And added up over time can be a big amount of money. So one thing to look at is if you can get your tax bill lowered. So this can be worth looking into if you are paying too much, as you can then save quite a lot.

Things like gym memberships can cost a lot of money. And if you aren’t making the most of it, then it is a lot of money wasted each month and each year. Plus, if you haven’t canceled it, then you are literally throwing money away, especially if you have options that don’t cost very much than can be done at home. So if you are someone that has gym memberships or other memberships or prescriptions that you aren’t using, then you can be wasting a lot of money. Even a Netflix subscription that is around $10 a month can really add up, especially if you don’t use it to make it worth the money. A lot of subscriptions can be automatically set-up which can be dangerous, especially if you think you had forgotten all about it. So checking your bank statements is a good idea, and then go through to cancel things. Don’t pay for something that you don’t use or that you didn’t even realize you were paying for.

So many of us will have cell phones. They can be a great addition to your life and something that is really useful. But are you paying too much for it? If you are paying too much for something, or not getting your money’s worth, then it is wasting precious money that could be used elsewhere. If you pay monthly, then it is a good idea to look at your average usage, such as how much data you use up or how many calls or texts you make. If you are nowhere near your usage, then it could be a good idea to change your contract to something smaller, which will cost a lot less money. Likewise, it can be a good idea to think about the phone that you have. If you have the latest phone, then you can pay a lot of money for the handset each month. But is that really necessary? You could downgrade your phone, or just have a SIM only deal with your existing phone that has been paid off. It may just be temporary, but it can be a good idea if you are looking to save. 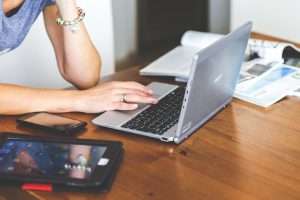 If you have a phone at home that isn’t something that is wireless, then it will be costing you money. A pretty basic phone service that runs on your landline can cost anything from up to $30 a month. Plus, if you are already paying for a cell phone, then is it really needed? If you do really need to have a phone at home, rather than just a cell phone, then it could be worth looking into something like VoIP services. This is because the system works using the phone’s internet connection, and it can be a lot cheaper than a traditional landline. Of course, there is still a cost associated, but it can be less a month than a traditional landline. So you just need to explore different options to make sure that you’re getting the best deal.

There are so many things that we can pay for each month, and that we do like and get the most of. But there are many headlines around satellite and cable TV providers losing customers. And the reason for this? The cost. An average cable bill can cost anything from $100 a month and over, and the costs do rise year on year. Plus, when you break it all down, then paying out for cable TV really doesn’t tend to be worth it, especially because there are so many more affordable options. You can get some of the same sports channels and even local channels but in more affordable ways. So think about how much you use cable TV, and if the cost is justified. You’ll use it because it is there, no doubt. But if you canceled it, would you miss it? Save yourself some money instead.

We all need things to help to keep ourselves and our homes clean. But a lot of the things that we buy for personal care, can cost a lot of money but not last for very long. We can spend a fortune on improving how we look, but there are other options. You can quite easily make some homemade cleaning products like shampoo and even laundry products. You’ll know exactly what goes into them, and they can be better for you as they’re much more natural.

The kids are definitely enjoying this little proje

I found the perfect addition to my smoothies. 👀

She wanted her and her doll to have matching hairs

My 6yr old has a really special bond with this @ta

Some shots from today’s Easter picnic. 😍 I lo

#ad Butterscotch just hopped on to tell you to use

The girls are excited to be back in swim lessons a