Famous Nursery Rhymes That are Totally Inappropriate for Kids 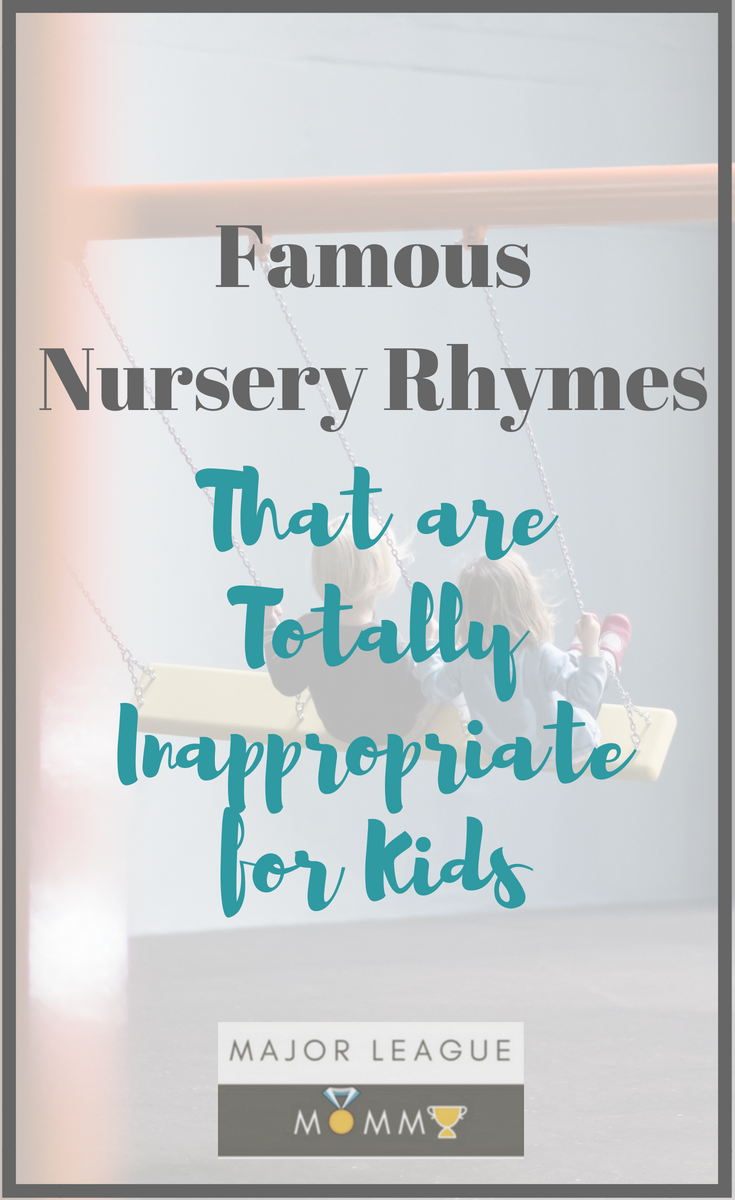 Many parents sing nursery rhymes to their children to entertain, soothe, or help them drift off to sleep. However, after actually analyzing some of the lyrics in these songs, it has been discovered that many of these songs are about rather dark subjects. Not sure what I’m talking about? Check out this list of Famous Nursery Rhymes That are Totally Inappropriate for Kids. 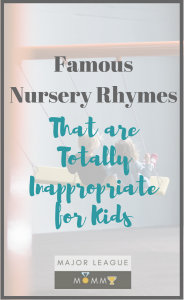 They all ran after
The farmer’s wife
She cut off their tails
With a carving knife
Did you ever see
Such a sight in your life
As three blind mice?

Yikes! The image of three blind mice having their tails cut off, is bad enough. However, this rhyme is believed to have historic symbolism as well. As the story is told, there were 3 Protestant loyalists who were believed to be plotting against Queen Mary I (Bloody Mary), and these men were burned at the stake as punishment.

Peter Peter pumpkin eater
Had a wife and couldn’t keep her
He put her in a pumpkin shell
And there he kept her very well!

London Bridge is Falling Down

London Bridge is falling down,

London Bridge is falling down,

Set a man to watch all night,

Set a man to watch all night,

Suppose the man should fall asleep,

Suppose the man should fall asleep?

The London Bridge falling down surely would be one deadly event. The lyrics are nowhere near as happy go lucky as the rhythm itself.

This song has always had me like “huhhh?” Why are we singing songs about babies falling out of trees??? I’m sure if babies actually understood what we were saying, they would be absolutely terrified to fall asleep to this song.

Ring Around the Rosie

Ring around the rosie

A pocketful of posies

We all fall down!

This nursery rhyme allegedly references the Great Plague back in the 1600s where victims broke out in a rash, and had a smell they would try to conceal by carrying herbs and spices in their pocket. Ultimately, they would die and the remains were cremated. There are multiple versions of this popular rhyme, however.

The Old Woman Who Lived in a Shoe

There was an old woman who lived in a shoe.
She had so many children, she didn’t know what to do.
She gave them some broth without any bread
Then whipped them all soundly and put them to bed.

Holy crap! This rhyme is about an old lady who is basically losing her mind because she has so many children. She then feeds them a very minimal meal and beats the poor children before making them go to bed! Sheesh.

Moral of the story: Be mindful of what you sing to your children.

Enjoyed this post? Don’t forget to join in the conversation on our Facebook! Did any of these rhymes on the list surprise you? Feel free to share your thoughts! We would love for you to share some of the other crazy nursery rhymes you have heard as well . See you there. 🙂

I spend hoursssss a day working on a computer and

Check out my 4 Style Tips for Busy Moms by clickin

New post alert! ‼️Click the link in my bio to